A beautiful day with the buoyancy of a bird. 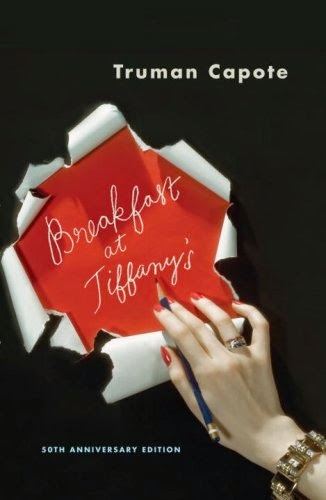 Breakfast at Tiffany's
By Truman Capote

"That Monday in October, 1943. A beautiful day with the buoyancy of a bird."

"Unless it was Thursday, her Sing Sing day, or unless she'd gone horseback riding in the park, as she did occasionally, Holly was hardly up when I came home. Sometimes, stopping there, I shared her wake-up coffee while she dressed for the evening. She was forever on her way out, not always with Rusty Trawler, but usually, and usually, too, they were joined by Mag Wildwood and the handsome Brazilian, who's name was José Ybarra-Jaegar: his mother was German. As a quartet, they struck an unmusical note, primarily the fault of Ybarra-Jaegar, who seemed as out of place in their company as a violin in a jazz band. He was intelligent, he was presentable, he appeared to have a serious link with his work, which was obscurely governmental, vaguely important, and took him to Washington several days a week. How, then, could he survive night after night in La Rue, El Morocco, listening to the Wildwood ch-ch-chatter and staring into Rusty's raw baby-buttocks face? Perhaps, like most of us in a foreign country, he was incapable of placing people, selecting a frame for their picture, as he would at home; therefore all Americans had to be judged in a pretty equal light, and on this basis his companions appeared to be tolerable examples of local color and national character. That would explain much; Holly's determination explains the rest."

Re the New York Public Library! One of my absolute favorite NY institutions.
"I let curiosity guide me between the lions, debating on the way whether I should admit following her or pretend coincidence. In the end I did neither, but concealed myself some tables away from her in the general reading room, where she sat behind her dark glasses and a fortress of literature she'd gathered at the desk. She sped from one book to the next, intermittently lingering on a page, always with a frown, as if it were printed upside down. She had a pencil poised above paper -- nothing seemed to catch her fancy, still now and then, as though for the hell of it, she made laborious scribblings."

"Never love a wild thing, Mr. Bell," Holly advised him. "That was Doc's mistake. He was always lugging home wild things. A hawk with a hurt wing. One time it was a full-grown bobcat with a broken leg. But you can't give your heart to a wild thing: the more you do, the stronger they get. Until they're strong enough to run into the woods. Or fly into a tree. Then a taller tree. Then the sky. That's how you'll end up Mr. Bell. If you let yourself love a wild thing. You'll end up looking at the sky."

Posted by Noelia de la Cruz at 9:53 PM No comments: