How wonderful that the universe is beautiful in so many places and in so many ways. 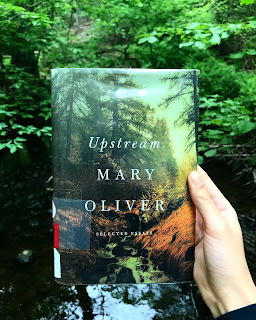 "And we might, in our lives, have many thresholds, many houses to walk out from and view the stars, or to turn and go back to for warmth and company. But the real one—the actual house, not of beams and nails but of existence itself—is all of earth, with no door, no address separate from oceans or stars, or from pleasure or wretchedness either, or hope, or weakness, or greed.
How wonderful that the universe is beautiful in so many places and in so many ways. But also the universe is brisk and businesslike, and no doubt does not give its delicate landscapes or its thunderous displays of power, and perhaps perception, too, for our sakes or our improvement. Nevertheless, its intonations are our best tonics, if we would take them. For the universe is full of radiant suggestion. For whatever reason, the heart cannot separate the world's appearance and actions from morality and valor, and the power of every idea is intensified, if not actually created, by its expression in substance. Over and over in the butterfly we see the idea of transcendence. In the forest we see not the inert but the aspiring. In water that departs forever and forever returns, we experience eternity."
(p. 114)

From "Bird," one of my two favorite essays in this collection. It reminded me of Cheryl Strayed's encounter with a bird. The opposite experience and yet as equally cathartic:

"He was, of course, a piece of the sky. His eyes said so. This is not fact; this is the other part of knowing something, when there is no proof, but neither is there any way toward disbelief. Imagine lifting the lid from a jar and finding it filled not with darkness but with light. Bird was like that. Startling, elegant, alive."
(p. 132)

"In the old days dogs in our town roamed freely. But the old ways changed.
One morning a puppy arrived in our yard with a length of rope hanging from his collar. He played with our dogs; eventually he vanished. But the next morning he showed up again, with a different rope attached. This happened for a number of days—he appeared, he was playful and friendly, and always accompanied by a chewed-through rope.
Just at that time we were moving to another house, which we finished doing all in one evening. A day or so later, on a hunch, I drove back to the old house and found him lying in the grass by our door. I put him in the car and showed him where our new house was. "Do your best," I said.
He stayed around for a while, then was gone. But there he was the next morning at the new house. Rope dangling. Later that day his owner appeared—with his papers from the Bideawee home, and a leash. "His name is Sammy," she said. "And he's yours."
As Sammy grew older he began to roam around the town and, as a result, began to be caught by the dog officer. Eventually, of course, we were summoned to court, which, we learned quickly, was not a place in which to argue. We were told to build a fence. Which we did.
But it turned out that Sammy could not only chew through ropes, he could also climb fences. So his roaming continued.
But except for the dog officer, Sammy never got into trouble; he made friends. He wouldn't fight with other dogs, he just seemed to stay awhile in someone's yard, and if possible, to say hello to the owners. People began to call us to come and get him before the dog officer saw him. Some took him into their houses to hide him from the law. Once a woman on the other end of town called; when I got there she said, "Can you wait just a few minutes? I'm making him some scrambled eggs."
I could tell many more stories about Sammy—they're endless. But I'll just tell you the unexpected, joyful conclusion. The dog officer resigned! And the next officer was a different sort; he too remembered and missed the old days. So when he found Sammy he would simply call him into his truck and drive him home. In this way, he lived a long and happy life, with many friends.
This is Sammy's story. But I also think there are one or two poems in it somewhere. Maybe it's what life was like in this dear town years ago, and how a lot of us miss it.
Or maybe it's about the wonderful things that may happen if you break the ropes that are holding you."
(pp. 143-145)

Posted by Noelia de la Cruz at 7:59 AM No comments:

What solace to know that time, aging and motherhood cannot take away a woman's essential identity.


Our Mothers As We Never Saw Them
By Edan Lepucki

This is a beautiful piece acknowledging the girls and women mothers were before they became mothers. I love looking at old photos of my mama. Innocent, pure, glowing, anticipating her life ahead.

"What solace to know that time, aging and motherhood cannot take away a woman's essential identity."

"For daughters, these old photos of our mothers feel like both a chasm and a bridge. The woman in the picture is someone other than the woman we know. She is also exactly the person in the photo — still, right now. Finally, we see that the woman we’ve come to think of as Mom — whether she’s nurturing, or disapproving, or thoughtful, or delusional, or pestering, or supportive, or sentimental — is also a mysterious, fun, brave babe. She’s been here all this time."

And that I did not give to anyone the responsibility for my life. It is mine. I made it. I can do what I want to with it.

Upstream
By Mary Oliver
"And that I did not give to anyone the responsibility for my life. It is mine. I made it. I can do what I want to with it. Live it. Give it back, someday, without bitterness, to the wild and weedy dunes."
(pp. 21-2)

"The most regretful people on earth are those who felt the call to creative work, who felt their own creative power restive and uprising, and gave to it neither power nor time."
(p. 30)
Posted by Noelia de la Cruz at 7:44 AM No comments:

I did not think of language as the means to self-description. I thought of it as the door—a thousand opening doors!—past myself.

"I did not think of language as the means to self-description. I thought of it as the door—a thousand opening doors!—past myself. I thought of it as the means to notice, to contemplate, to praise, and, thus, to come into power.
In books: truth, and daring, passion of all sorts. Clear and sweet and savory emotion did not run in a rippling stream in my personal world—more pity to it! But in stories and poems I found passion unfettered, and healthy. Not that such feelings were always or even commonly found in their clearest, most delectable states in all the books I read. Not at all! I saw what skill was needed, and persistence—how one must bend one's spine, like a hoop, over the page—the long labor. I saw the difference between doing nothing, or doing a little, and the redemptive act of true effort. Reading, then writing, then desiring to write well, shaped in me that most joyful of circumstances—a passion for work."
(pp. 18-19)

Posted by Noelia de la Cruz at 7:42 AM No comments:

I've returned to New York City. I will stay in New York City for the near future. The decision to stay involved a process I'm sure I'll unfurl in my upcoming posts. In essence: it feels right, for right now. I gained the most clarity of my life in the three months I was "off" in Houston, and never have I felt so clear about the life I'd like to make for myself. I'm making it now by being here.

I committed to spending more time outside. I am at my best under the sun, surrounded by green, breathing in the fresh air. Nature most definitely contributed to my clarity.

"In the beginning I was so young and such a stranger to myself I hardly existed. I had to go out into the world and see it and hear it and react to it, before I knew at all who I was, what I was, what I wanted to be."
(pp. 3-4)

"I quickly found for myself two such blessings—the natural world, and the world of writing: literature. These were the gates through which I vanished from a difficult place.
In the first of these—the natural world—I felt at ease; nature was full of beauty and interest and mystery, also good and bad luck, but never misuse. The second world—the world of literature—offered me, besides the pleasures of form, the sustenation of empathy (the first step of what Keats called negative capability) and I ran for it. I relaxed in it. I stood willingly and gladly in the characters of everything—other people, trees, clouds. And this is what I learned: that the world's otherness is antidote to confusion, that standing within this otherness—the beauty and the mystery of the world, out in the fields or deep inside books—can re-dignify the worst-stung heart."
(pp. 14-15)

Posted by Noelia de la Cruz at 7:40 AM No comments:

But I always thought it was strange, if our mother cells done so much for medicine, how come her family can't afford to see no doctors?

The Immortal Life of Henrietta Lacks
By Rebecca Skloot

When people ask—and seems like people always be askin to where I can't never get away from it—I say, Yeah, that's right, my mother name was Henrietta Lacks, she died in 1951, John Hopkins took her cells and them cells are still livin today, stil multiplyin, still growin and spreadin if you don't keep em forzen. Science calls her HeLa and she's all over the world in medical facilities, in all the computers and the Internet everywhere.

When I go to the doctor for my checkups I always say my mother was HeLa. They get all excited, tell me stuff like how her cells helped make my blood pressure medicines and antidepression pills and how all this important stuff in science happen cause of her. But they don't never explain more than just sayin, Yeah, your mother was on the moon, she been in nuclear bombs and made that polio vaccine. I really don't know how she did all that, but I guess I'm glad she did, cause that mean she helpin lots of people. I think she would like that.

But I always thought it was strange, if our mother cells done so much for medicine, how come her family can't afford to see no doctors? Don't make no sense. People got rich off my mother without us even knowin about them takin her cells, now we don't get a dime. I used to get so mad about that to where it made me sick and I had to take pills. But I don't got it in me no more to fight. I just want to know who my mother was."