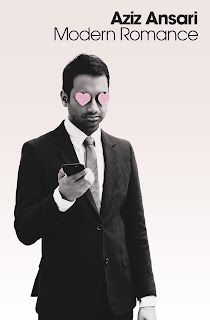 "It was fun being single, but I had reached what I will describe as a "point of exhaustion." I had experienced this personally, but when I did interviews for the book, I realized it is quite universal.
At a certain point the cost of the work needed to maintain a fun single lifestyle outweighs the benefits. The nights when you have amazing casual sex start getting outweighed by the times you wander home alone wasted and wake up hungover with a half-eaten burrito sitting on your chest.
The endless string of first dates where you just say the same shit over and over again in the same places starts getting tiresome. The casual scene was fun, but in between the fun, a lot of times there was emptiness.
Settling down offers the chance to fill that void with the dependable, deeper, intimate love of a committed relationship.
Now I had to find the right person. When I was out, I tried to keep an eye out for someone who could be relationship material. At first I had no luck, but then I had lunch with a friend who put it in perspective.
"I want to settle down, but I don't ever meet anyone I really like," I said.
"Well, where are you meeting these girls?" he asked.
"Bars and clubs," I replied.
"So you're going to horrible places and meeting horrible people and you're complaining about it? Live your life like a decent person. Go to the grocery store, buy your own food, take care of yourself. If you live a responsible life, you'll run into responsible people," he said.
It made sense. I was staying out like a lunatic and complaining that I only met lunatics. I realized if I was going to try to find someone to settle down with, I had to change the way I was going about my search. Instead of bars and clubs, I'd do things that I'd want a theoretical girlfriend to be into. I went to more museums, more food events, more low-key/interesting bars at earlier times, and things got better."
(pp. 211-2)

I've approached online dating in much the same way as I have reading via electronic device: with reluctance & disinterest & an allegiance to the more traditional method(s). Last fall, I decided to finally see what Tinder/Happn/Bagel Meets Coffee was all about. (I was and still am opposed to OkCupid - too much work.) To my surprise, I enjoyed online dating for about six months -- before I became tired and disenchanted with it. It was fun while it lasted, no regrets etc. but since the beginning of the year I've rediscovered meeting men in person -- through friends, through mutual interests, through chance encounters -- is 10x more preferable & rewarding. So yes Aziz, AMEN, & thank you. Online dating (& e-book reading) are just not my thang.

P.S. If you think you'll enjoy Modern Romance, I also recommend Aziz Ansari Live at Madison Square Garden, the comedy special which sparked my interest in this book. Both have so many great points & musings about romance and the (mostly awful) ways young people communicate with each other today.