He recently asked if he could marry me and I said yes. I couldn't help it. I would marry him anytime. 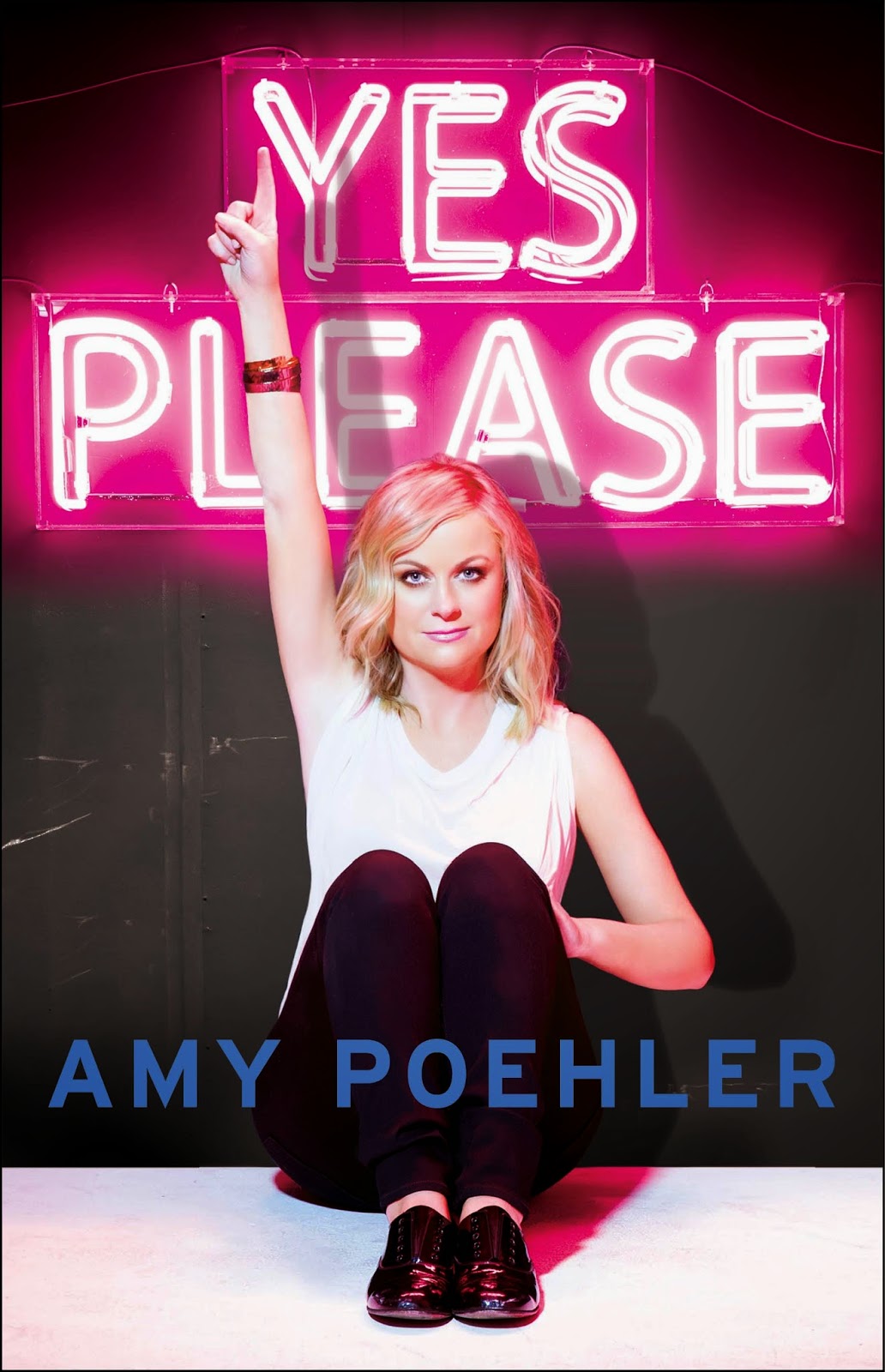 Most of Amy's book consists of memories and life lessons interlaced with comedy. A lot of it feels like a lengthened stand-up routine (not a bad thing). But when she starts to talk about her children, the tone changes, becomes more serious. She sounds like a different person. I loved those parts just as much:

"My boy Archie has eyes the color of blueberries. He has a solid sense of design and is only months away from his first cartwheel. When he was just two weeks old, his dad and I took a picture of him in his crib with the New York Times draped over him like a blanket. The headline read OBAMA: RACIAL BARRIER FALLS IN DECISIVE VICTORY. He loves to run and strongly identifies with Luke Skywalker because they "have the same hair." He recently told me, "Mama, do you want to know something funny about me? I am afraid of little things and not afraid of big things." I think he was talking about bugs and elephants, but I understood what he meant in a very deep way. He deals primarily in poop and fart jokes, and insists these things will never fail to make him laugh. He is absolutely right. He is delighted when I laugh at him, but he is no ham. He is sensitive and stubborn, and as of this printing would like to be a police officer and a veterinarian and also Iron Man. He once asked me," Are you sad that you don't have a penis?" I told him that I was happy with the parts that I had. I then reminded him that girls have vaginas and everyone is different and each body is like a snowflake. He nodded in agreement and then looked up at me with a serious face and asked, "But did you once have a penis and break it?" I was tempted to make a joke that would screw him up for life. "Yes, my son. Your mother once had a penis but it broke because you didn't love her enough." The bond between mothers and sons is powerful stuff. I firmly believe that every boy needs his mom to love him and every girl needs her dad to pay attention to her. Archie needed to figure out if I had ever owned and operated a penis. I get it. His penis is important to him. Anyway, he starts college next year. Just kidding, he's six. He recently asked if he could marry me and I said yes. I couldn't help it. I would marry him anytime.

My boy Abel has eyes the color of a pine forest. He is a red monkey who named himself. I went to a psychic before he was born and she told me I was having "another big boy. He wants to be called Abel." We agreed. As he was born, the song "Young Turks" played on the radio and Rod Stewart sang, "Young hearts be free tonight / Time is on your side." Abel has chocolate chip freckles and hair like a copper penny. He loves to dance and sing and recently composed a song called "I'm a Genius." He is a big hugger. He doesn't mind when I stick my head into his neck and smell him. He smells like a love cookie. He recently told me he "really like[s] it when girls wear nice blouses." He has a deep laugh and thinks Darth Vader is funny. He cries big tears and sweats in his sleep. He makes friends on airplanes. He is four. The first thing he does when he wakes up in the morning is look for Archie. He loves his big brother so intensely. His big brother protects him and tortures him. Abel feels like the wisest and oldest member of our family. When he was just starting to talk he used to ask me if I was happy. He has dreams that he is a different little boy with black hair and one eye. My beautiful  Tibetan nanny, Dawa, believes he has been reincarnated many times."
(pp. 300-2)