Our actions are the ground we walk on. 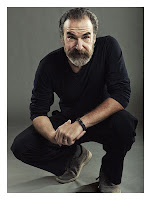 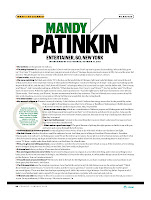 "Our actions are the ground we walk on."

Esquire has always been ahead of the curve when it comes to making its print magazine editions digitally interactive. For the December 2012 issue they implemented a feature using this awesome Netpage magazine app that allows readers to scan any page of the magazine, as well as scan to download supplementary extras, like videos or audio clips. It's really cool! That means anytime I want to excerpt a piece from the story now, I can scan the page instead of the cover for my posts.

I think this works really well for the What I've Learned issue! The theme this year is: warriors. I tweeted Leon Panetta's the other day, the day after he removed the ban preventing women to serve in military combat. I really loved his.

Pictured above is Mandy Patinkin's, the first one I read from the issue. Sean Penn's is the cover story -- and I didn't really care for his. Mandy Patinkin might have been a better cover! I can kind of understand Sean Penn because his new movie Gangster Squad is out this month (I saw it, it was OK), but hasn't he been on the cover a bunch of times already? And like I said, his What I've Learned wasn't that great.

Others worth reading from this issue: James Meredith, Lara Logan, Jake LaMotta, and Lieutenant Brian Murphy.

The complete list of this year's What I've Learned entries are on Esquire.com.
Posted by Noelia de la Cruz at 1:04 PM