The fuck is your life. Answer it. 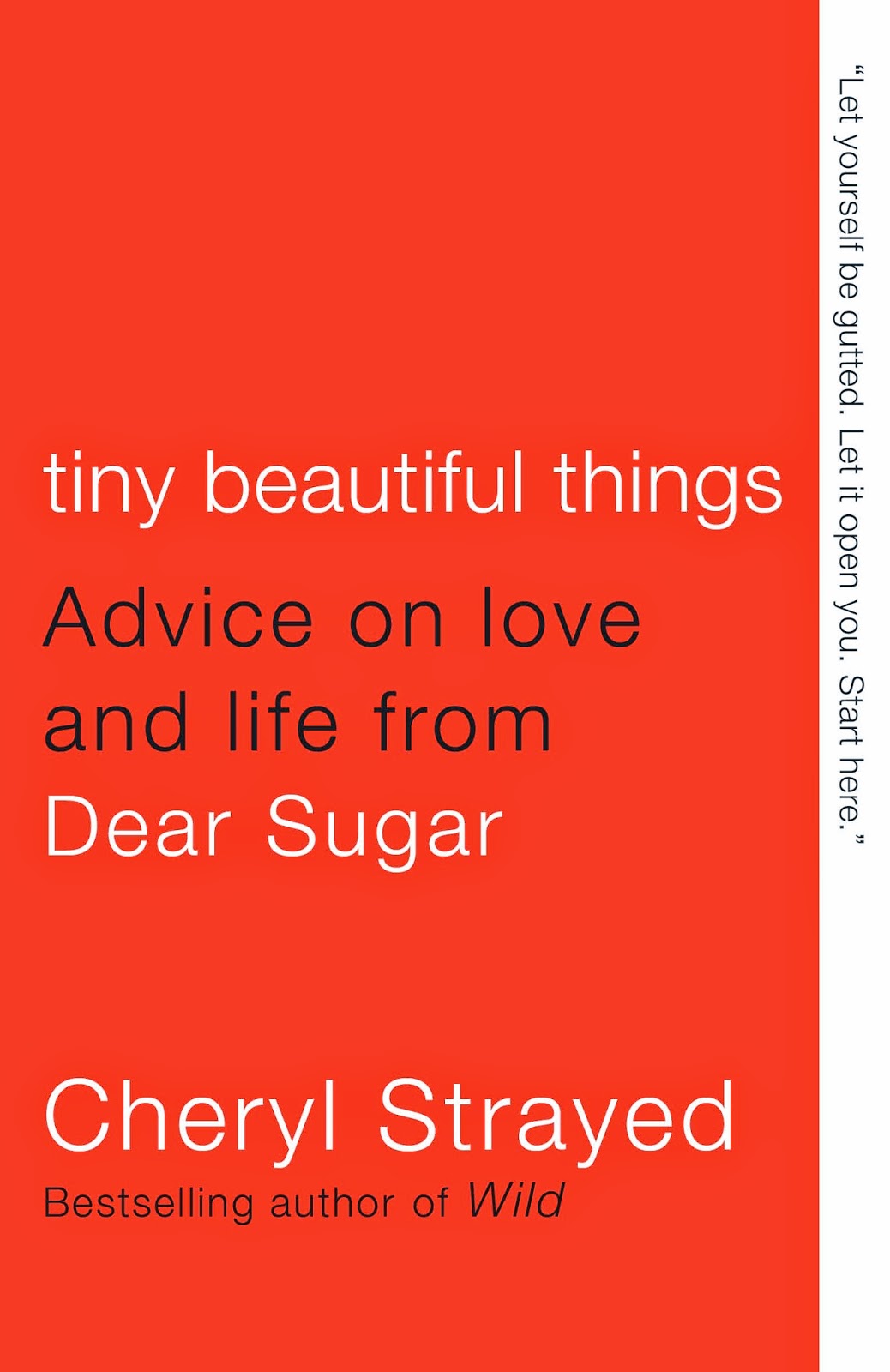 "Let yourself be gutted. Let it open you. Start here."

This book is breaking my sensitive heart over and over again in the best of ways. So thankful for this compilation of heartfelt letters and Dear Sugar's sweet, sweet words.

"She cast him as human: complicated, flawed, and capable of redemption. Which means, in spite of everything, she made it possible for me to love my father, this absent man who was half of me. When I was a child and asked her what made her fall in love with my dad, she thought of things to tell me, even if she couldn't rightly remember them anymore. When I was a teenager and we argued about her refusal to condemn my father, she told me that she was grateful for him because without him she wouldn't have had my siblings and me. When I was just barely becoming a woman and my mother knew she was going to die, she stroked my hair and told me it was okay if I wanted to reach out to my father again, that I should always be open to the possibility of forgiveness and reconciliation and change, and that doing so was not a betrayal of her, but rather evidence of the woman she'd raised me to be."
(p. 47)

"I've tried to write about this experience several times over the years. It was an odd thing that happened to me during a sad and uncertain era of my life that I hoped would tell readers something deep about my ex-husband and me. About how in love we were and also how lost. About how we were like those kittens who'd been trapped and starving for weeks. Or maybe not about the kittens at all. Maybe the meaning was in how we heard the sound, but did nothing about it until it was so loud we had no choice.
I never found a way to write about it until I wrote this letter to you, Ruler, when I realized it was a story you needed to hear. Not how the kittens suffered during those weeks they were wandering inside the dark building with no way out -- though surely there's something there too -- but how they saved themselves. How frightened those kittens were, and yet how they persisted. How when two strangers offered up their palms, they stepped in."
(p. 86)

"The bird's suffering would've been unbearable for me to witness at any time, but it was particularly unbearable at that moment in my life because my mother had just died. And because she was dead I was pretty much dead too. I was dead but alive. And I had a baby bird in my palms that was dead but alive as well. I knew there was only one humane thing to do, though it took me the better part of an hour to work up the courage to do it: I put the baby bird in a paper bag and smothered it with my hands.
Nothing that has died in my life has ever died easily, and this bird was no exception. This bird did not go down without a fight. I could feel it through the paper bag, pulsing against my hand and rearing up, simultaneously flaccid and ferocious beneath its translucent sheen of skin, precisely as my grandfather's cock had been.
There it was! There it was again. Right there in the paper bag. The ghost of that old man's cock would always be in my hands. But I understood what I was doing this time. I understood that I had to press against it harder than I could bear. It had to die. Pressing harder was murder. It was mercy.
That's what the fuck it was. The fuck was mine.
And the fuck is yours too, WTF. That question does not apply to "everything every day." If it does, you're wasting your life. If it does, you're a lazy coward, and you are not a lazy coward.
Ask better questions, sweet pea. The fuck is your life. Answer it."
(p. 91)