We shared, all of us, a powerful sense that what was at stake on those crowded stairs was nothing less than the rest of our lives. 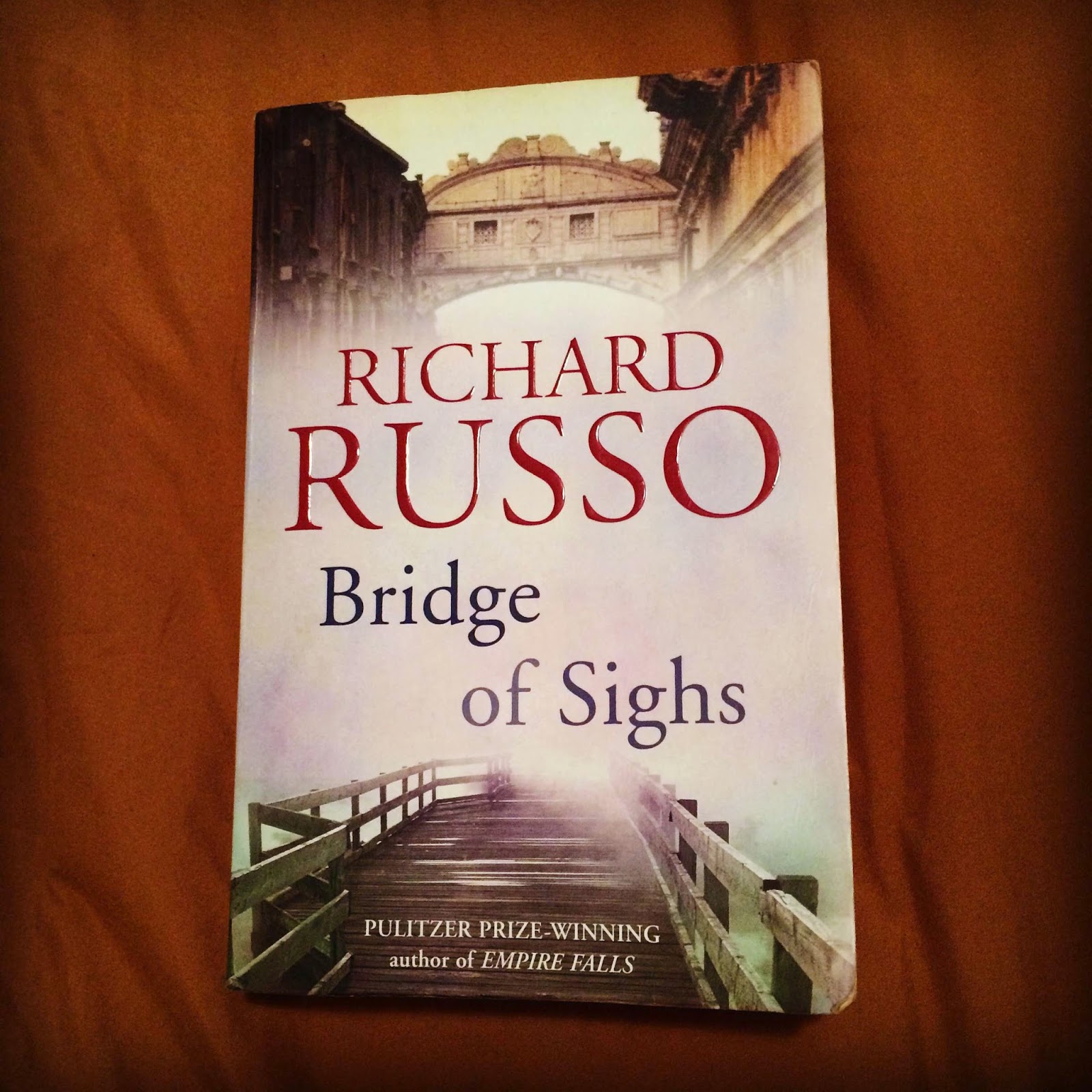 Bridge of Sighs
By Richard Russo

"The terrible anticipation began on the stairs when, if someone tripped or an adult appeared on the first landing in an attempt to slow the throng surging upward like water through the damaged hull of a ship, the stairway would jam, desire and anxiety and unbearable hope momentarily thwarted, delaying by eternities our emergence into the gym, into Mystery itself, where the music--we could hear it in there in the stairwell--had already begun to play. Once, stalled in this fashion, I happened to look at the girl next to me, and when our eyes met, I saw that hers were full of tears. Possibly she was simply afraid of being crushed. She'd been separated from her friends, and though we couldn't move forward, those below continued to press upward, causing everyone in the stairwell, our feet locked in place, to lean forward, our hands pressing for balance into the backs of those on the next-higher step. In a matter of moments we were stacked there like semi-toppled dominoes.
That's one explanation. But I recognized this girl as a fellow East Ender and think now that her eyes had simply filled up with pent-up anticipation. She was imagining her friends already upstairs, dancing without her, getting so far ahead that she'd never catch up. By the time she joined them, the boy she'd been thinking about all week, whose eyes she'd met across the crowded cafeteria, who was too popular--admit it--to be a realistic aspiration, would already be taken. We shared, all of us, a powerful sense that what was at stake on those crowded stairs was nothing less than the rest of our lives, that our every move in that gymnasium had an unimaginable significance, that we were being watched, judged, elected or damned. Slow down, we were being told at home and at school, you've got your whole lives ahead of you. But to get stalled in that stairwell was to understand how little time there was, and how fast it was wasting."
(pp. 124-5)
Posted by Noelia de la Cruz at 9:54 AM