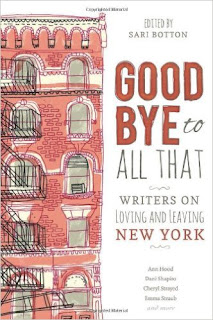 Goodbye to All That: Writers on Loving and Leaving New York
Edited by Sari Botton

It's been a year.

2016: an emotional, rollercoaster, depressing sh*tstorm of a year. Filled with needed revelations.

In many ways, I've been preparing to leave New York for some time. In my reads alone, what's resonated with me most over the past couple of years have been brave voices encouraging similar bravery of their readers; the fearless pursuit of one's full potential. I never want to feel as lonely, as depressed or as disappointed as I did earlier this year. A number of circumstances made it easier for me to take the leap. Timing. I decided it was no longer worth denying myself purpose, happiness, clarity and good vibes. I want to be better in a myriad of ways and I found I could no longer in the city. 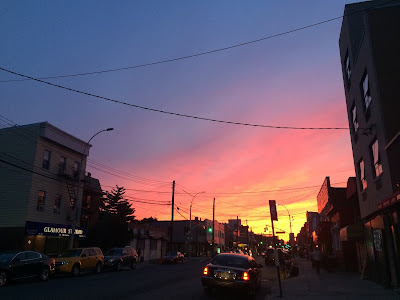 It was not easy to leave. Once I came to terms with my wants and needs, and, subsequently, my impending move, I became so sentimental—with simple moments inspiring tears. Walking down Broadway in Astoria as the sun set. The embrace of late summer's warmth. I'll never forget that golden light: the way it illuminated the buildings and the path home through twilight. A vision of beauty and grit. The best borough. I love New York fiercely, rep Queens 'till I die, and I hope to return someday and not too late. There's so much I was sad to leave behind. But I wondered whether other places could become part of my fabric, too.

Some of my favorite words about New York documented in this blog have been written by E.B. White, Patti Smith, David Carr (I'm a little tired of the fight). I didn't love this compilation, but here are some passages I liked:

"Leaving home does something to your sense of identity. Either you become more of that place than you ever were while you lived there, or your identity calcifies around the rejection of this place. It is challenging to inhabit the space between these two positions. All of these perspectives on the same place. It's dizzying. " (p. 131)
- Losing New York by Lauren Elkin


"To talk about New York--living there, aspiring to live there, having lived there—is to talk about currency. Not privilege and not money, mind you; money is simple. Money is straightforward. Money can give you choices, options. Privilege skews how you see yourself and others, fucks with our head. Currency is something else. Currency is terrifically complex. Money and privilege can make you comfortable, but only currency gives you real power. You can't buy currency; it eludes plenty of rich, entitled people. Beauty, originality, fearlessness: these are some of the currencies of New York." (pp. 138-9)
- Currency by Elisa Albert


"There is that ache of not having another place in the world where I might ever feel so alive and alone, invisible while visible, ever again. Alone in exactly the right kind of way. My relationship to New York City—home—is and has always been about my relationship to yearning. But this is what I understand about leaving New York: I have to leave, or I will never be able to restore my own capacity to write about home." (p. 235)
- Captive by Dana Kinstler