A magazine is an experience that you have as a whole 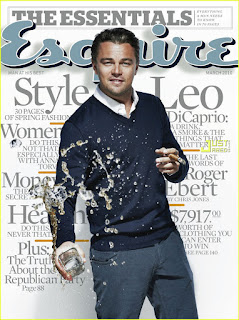 "For the last fifteen years, all the hype has been about laying new pipe to facilitate the dissemination of idea. We've watched, awestruck and credulous, as AOL, and then Google, and then YouTube, Facebook, and Twitter have given us new ways to move information from one place to another on all sorts of new machines. These are the technicians of the new media world. These are the pressmen. It's the equivalent of Gutenberg's press that's had us mesmerized, rather than the words and ideas that were suddenly given life because of it."

"The weird power of magazines derives from the unique collision of words and images and design - and it comes from the fact that a magazine is an experience that you have as a whole, that you spend time with, not glancingly as on the Web or in intervals as on mobile devices. None of this is to say we won't continue to experiment to find ways to enhance the magazine or to try to master the new forms. We're enthusiasts, and this is the most exciting time to be in creative media. As technology changes, we intend to harness that change to augment and expand this paper-and-ink creation. But what you are holding in your hand is not incidental to the Esquire experience; it is essential."


I was never too worried about magazines "dying," maybe because as much as I love the Internet, I've always preferred holding a book, holding a magazine, feeling the pages. It could've been denial. But now I think we (as in, the journalism industry), are starting to realize that new media will not replace publications, but give us the opportunity to enhance them
Posted by Noelia de la Cruz at 11:08 PM