There is truth in all their stories 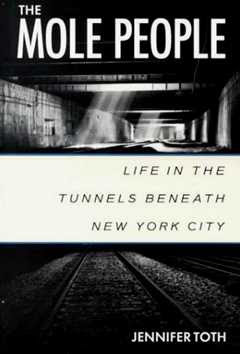 Bernard's Tunnel
"(Bernard) Isaacs graduated from the University of Maryland in 1975, he says, with a major in journalism and a minor in philosophy. He initially worked as an editorial assistant at CBS in New York for a short time, then went into modeling, and then into dealing drugs. He claims to be drug and alcohol free now, at least most of the time. Periodically, he admits, he slips back." (p. 98-99).
"Most members of this Riverside Park community are tunnel veterans. They have established communication networks that quickly pass around new information on where and when hot meals are being handed out. They know when a grocery store is throwing out slightly wilted produce or damaged cartons of macaroni. They know which restaurants and delicatessens give the days' leftovers to the homeless. They also know which restaurants throw ammonia on their garbage to keep the homeless away." (p. 103).
"The most important truth about underground people, Bernard also advises, is that there is no single truth about them. 'They tell many stories and there is truth in all their stories. You just have to find it. "We had one guy down here who was sometimes an ex-Navy Seal, sometimes a Green Beret, sometimes the king of an island, sometimes a pastry chef,' one homeless man recalls. "All I know he was a decent man who used to share everything. When the police asked if I knew this guy, and showed me his picture and told me a name, I didn't have to lie. I said no, I don't know that guy. I don't care what he done. He's a good guy and if he wants to start over down here, he can. That's the beauty of the tunnels." (p. 117).
I had to write a response paper about this book so I found a few more I wanted to post. I searched for Bernard's picture online but couldn't find one. Toth uses one by Margaret Morton in the book. Shame, it's a really good one.