I wished that we would always be terrified of death. 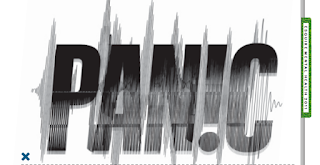 Oh my god. OK. I decided to pick up the November 2011 issue of Esquire again tonight. It's been sitting on my desk, near a large, continually growing pile of magazines. I hate looking at it because it stresses me out to think that a) It's contributing to the disorganized mess on my desk and b) I'm not reading enough or as much as I'd like to. But I finished some of what I had to do today and decided I'd finish this issue so I can finally store it in my bookshelf with all of the others.

I decided to start from the end and found Esquire's Mental Health 2011 package, hidden between the end of the Style section and the credits/ads. I almost feel like they didn't want anyone to find it. I couldn't find it on Esquire.com, but found this pdf instead.

I was going to skip it but noticed that "Panic" was written by Chris Jones so I kept reading. He didn't say he was the subject until the 4th graf. It took me by surprise.

Someone asked me the other day if I had any fears or phobias. And in the moment, I really couldn't think of one to say. I love heights, I'm not afraid of needles, sometimes I'm afraid of the dark (but isn't everyone spooked if they find themselves in the darkness alone?), and bugs freak me out, sure, but I'm not around them enough to have a fear of them.

How could I forget? I'm scared of dying. Which seems so morbid to admit. Death is not something I think about obsessively, but it's... always there. That sounds so odd, but, I don't know. I feel gratitude every day and a sense of relief when I make it home. I'm just so scared of being in the wrong place at the wrong time, of dying in some freak accident as always reported in the news. I've developed defensive habits. When a train is arriving, I always take a few steps back on the platform, etc. The first excerpt I post, the one where he talks about the perfect time--I think about that a lot. I always feel like somehow I've escaped death by the seemingly insignificant decisions I've made: sitting in a certain car, walking on a certain side of the street,  running back to grab something else.

I don't think I could ever kill myself because I'm always grasping onto life so tightly, so afraid I'm going to lose it. I was so touched by his honesty, and his revelation. The second excerpt (the end) was especially beautiful. Chris Jones! I think I can put this issue away now.

"Whenever it was that my own blackness took hold, I didn't feel a thing. It must have been sometime that past fall or winter, months before the bridge. It surfaced at first in little hiccups and tics, a life gone slightly askew. I developed obsessions, weird ideas of perfection. There was a period when I couldn't bring myself to leave the house, because I'd decided that there was one perfect time--when, if I left just then, my day would go smoothly, and every other departure time meant some disaster awaited. But of course it was impossible for me to know when that one perfect time was, so I never left."

"I walked very quickly to the hospital; I was almost running. There was a bench, and I sat down to catch my breath before I checked myself in. I was struck by how many people there were outside, even though it was in the middle of the night. There were maybe a dozen patients, some of them having come out for a smoke or just to feel the cool of the night, propped up against the walls or wrapped up in their wheelchairs. I sat among them, and I felt stronger for their company. I felt as though we were all in this together. There are so many dead, but there are so many of us still alive; there are so many of us still in love. I sat on that bench and realized that I'd walked so quickly to the hospital because I was scared of dying. My heart nearly burst open. It was the best feeling in the world. I felt so good that I never did go inside; I spent a few hours on that bench, in that company, and that was all the help I needed. I watched my breath turning solid in the cold, and I looked up at all those little lights in the sky, and I made a wish for me and my friends: I wished that we would always be terrified of death, every last one of us, that we would spend the rest of our lives running away from it, that we would dream about dying and wake up screaming, that we would be pathological in our fears--scared of heights, scared of bullets, scared of trains. Oh, spare us, I remember thinking. Spare us, please spare us, because there are so many ways to die."
Posted by Noelia de la Cruz at 8:12 PM