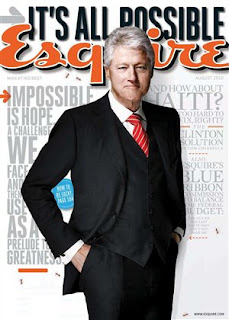 Invasion by Tom Junod
Esquire, August 2010
"Wilson wrote The Superorganism under the spell of the leaf-cutter ant, which began growing and harvesting mushrooms twelve million years before humans did and so can make the claim to being among the first of the planet's civilizations to practice agriculture. The Argentine ant grows nothing but more Argentine ants and practices nothing but ubiquity. It is not a mound ant; it nests in topsoil or mulch or pine straw and moves around the country with potted plants and seedlings. It is a transient species--what entomologists call a tramp species--that takes advantage of human transience." (p. 111)
"They are both more hawkish on the subject than E.O. Wilson could ever be, and both do what he would never do, sharing their knowledge with private exterminators. "It'll take a lot more than boric acid," Rust says. "It won't control them, believe me. They're a fairly major pest problem. They displace other ants, other inspect species. In California, they've displaced the horned toad." (p. 112)
"My first thought was that I had been poisoned. Also that I had swallowed a live wire and had been electrocuted. Also that I might go into some kind of allergic shock and die. They hurt, you see. They were barbed things, and they were in my throat, and they felt like iron filings and they tasted like aspirin. Though some of them were already down the hatch, I ran to the bathroom and started spitting them out, while at the same time trying to determine how many I had swallowed. I spat into the sink, and the spittle was not just flecked brown, it was marbled red. I had ants in my mouth, and my tongue was bleeding." (p. 135)
Entertaining (and really informative) story about Tom Junod's experience living with 50 million Argentine ants.
Posted by Noelia de la Cruz at 10:51 AM