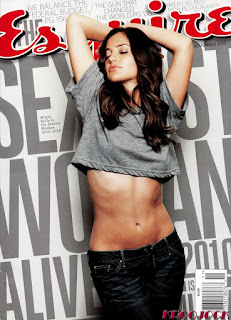 The Brain That Changed Everything by Luke Dittrich
Esquire, November 2010
"My grandfather's home was full of curious artifacts, each with its own story. He traveled a lot, all over the world, and always came home with something new and strange. It was a lifelong occupation: In the mid-1920s, he'd taken what was in those days a very unusual trip to China and ended up paying some of his college tuition by selling the exotic jewelry he brought back to the States. Many of the items in his home looked like they belonged in a cabinet of curiosities. There was a carved wooden totem hanging on one wall of his dining room, some sort of pagan king or god. It was maybe three feet tall, had a soulful, mournful expression. One Thanksgiving, when I asked where it came from, I was told he'd received it during a trip to South America, perhaps in gratitude for some operation he'd performed there. The carving had apparently once been an object of worship, owing mainly to the fact that it would, at times unpredictable, weep, drops of water streaming from its eyes. Did seasonal moisture variations and the way the wood responded to them cause the tears? Probably. That or magic. My grandfather had appreciated the totem's beauty but was unsentimental about its emotions. When he brought it home, he had someone polish it before he hung it on the wall. It never cried again."
"The operation was crude--the surgeon would drive a skinny ice pick up through the thin bone behind his patient's eyeballs, then quickly swish the pick back and forth, cutting a messy swath through the frontal lobes--but it was inarguably effective at transforming otherwise difficult and uncontrollable individuals into placid, carefree creatures."
This excerpt made me cringe. And all I could think was One Flew Over the Cuckoo's Nest.
"In 1848, an explosion drives a steel tamping bar through the skull of a twenty-five-year old railroad foreman named Phineas Gage, obliterating a portion of his frontal lobes. He recovers, and seems to possess all his earlier faculties, with one exception: The formerly mild-mannered Gage is now something of a hellion, an impulsive-shit-starter. Ipso facto, the frontal lobes must play some function in regulating and restraining our more animalistic instincts."
Posted by Noelia de la Cruz at 4:46 PM